In a recent study published in the Biomedicine & Pharmacotherapy journal, researchers identified TPX2 as a novel potential target for melanoma. The study found that TPX2 promotes the proliferation of melanoma cells and that inhibition of TPX2 decreases melanoma cell proliferation.

This one of the first times that TPX2 is associated with Melanoma and little is known regarding its involvement in this particular from of cancer. Using the Euretos AI Platform, however, an exhaustive analysis of known direct and indirect associations between TPX2 and melanoma shows several key aspects of the disease mechanism.

Using the semantic search engine, it becomes clear that there is already literature on TPX2’s involvement in neoplastic processes. It is mentioned in the context of a number of cancers and key processes such as metastasis, neoplastic cell transformation, tumor progression and carcinogenesis:

When searching for melanoma, no direct references are available in Pubmed. The Euretos AI platform, however, offers the option to analyse the involvement of any gene in any disease regardless of direct involvement. The platform leverages over 250 semantically integrated data sources and looks for associations based on the interacting genes with TPX2 to assess it’s indirect effects. This workflow shows that TPX2 interacts with hundreds of genes that are also associated with melanoma: 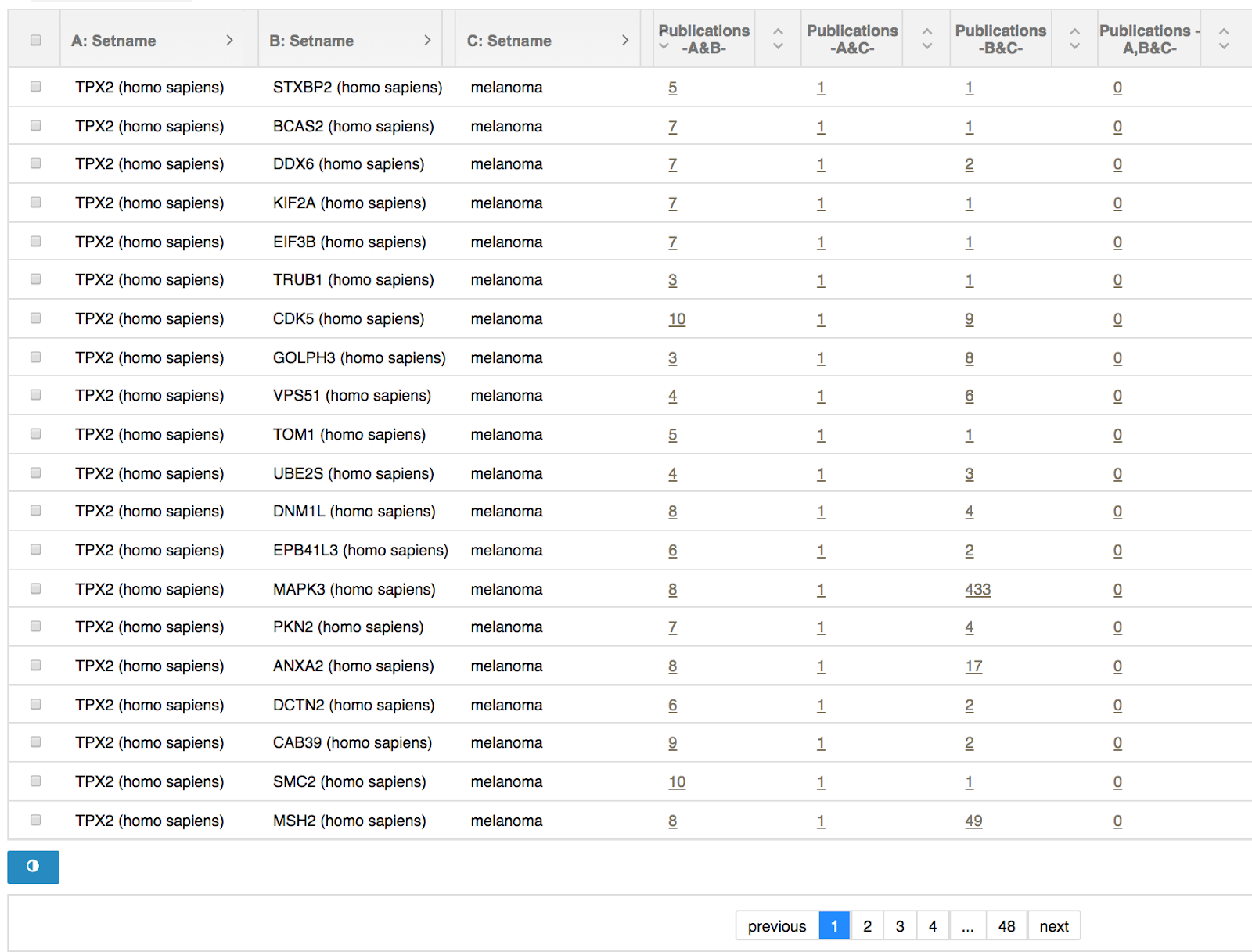 In terms of dysregulation, TPX2 is itself dysregulated in various differential expression experiments for melanoma. Also, it is co-expressed with many other genes (only the top 15 are displayed) in the context of melanoma: 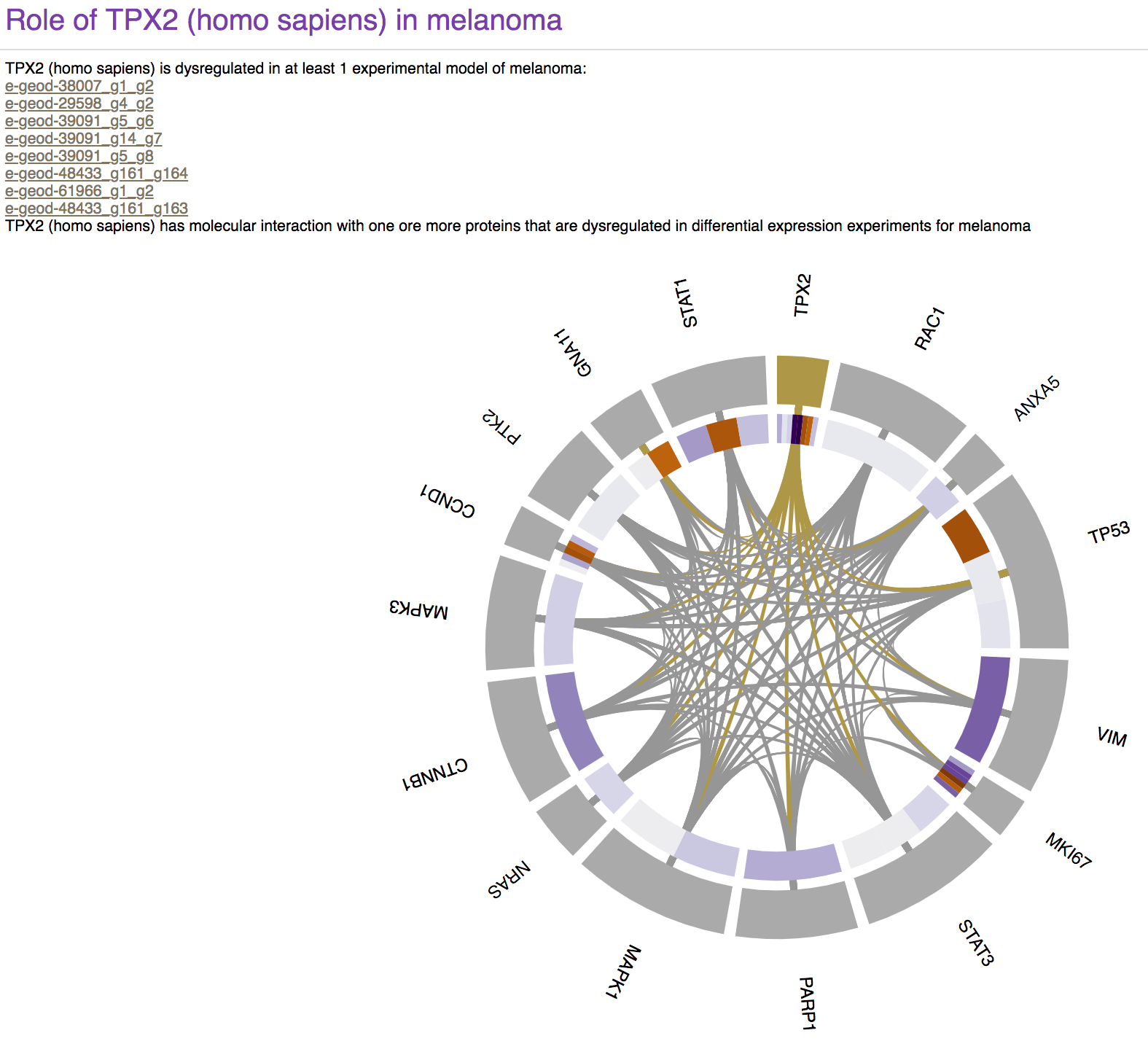 The Pathway analysis shows that TPX2 exerts its influence through various indirect interactions such as the G2 phase pathway and the innate immune system, both well known aspects of tumor development and growth in melanoma. 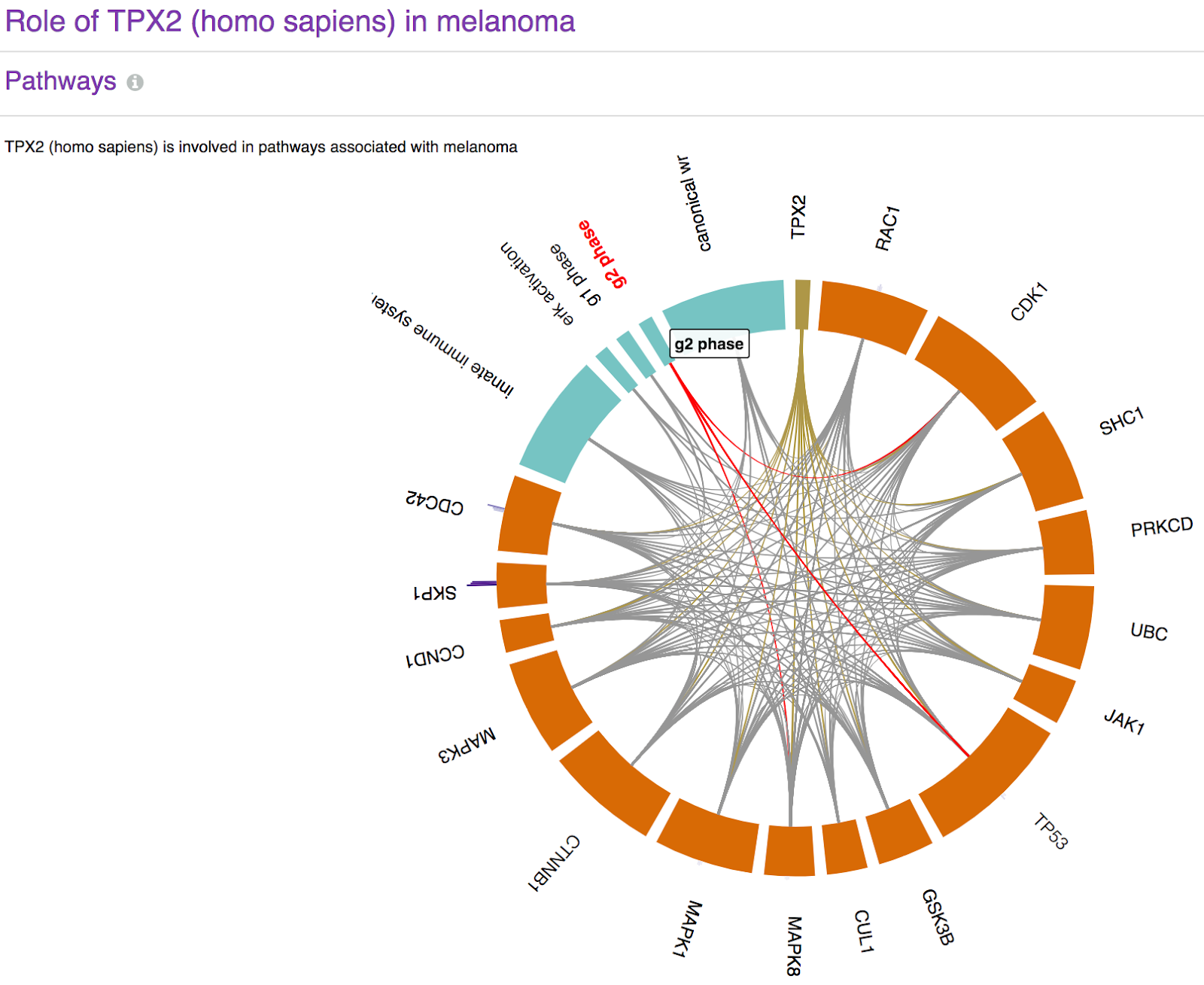 In the area of cell and molecular dysfunctions, TPX2 is involved in cytotoxicity and DNA damage, which is closely related to processes such as proliferation, migration, invasion, metastasis that are mentioned in the article. 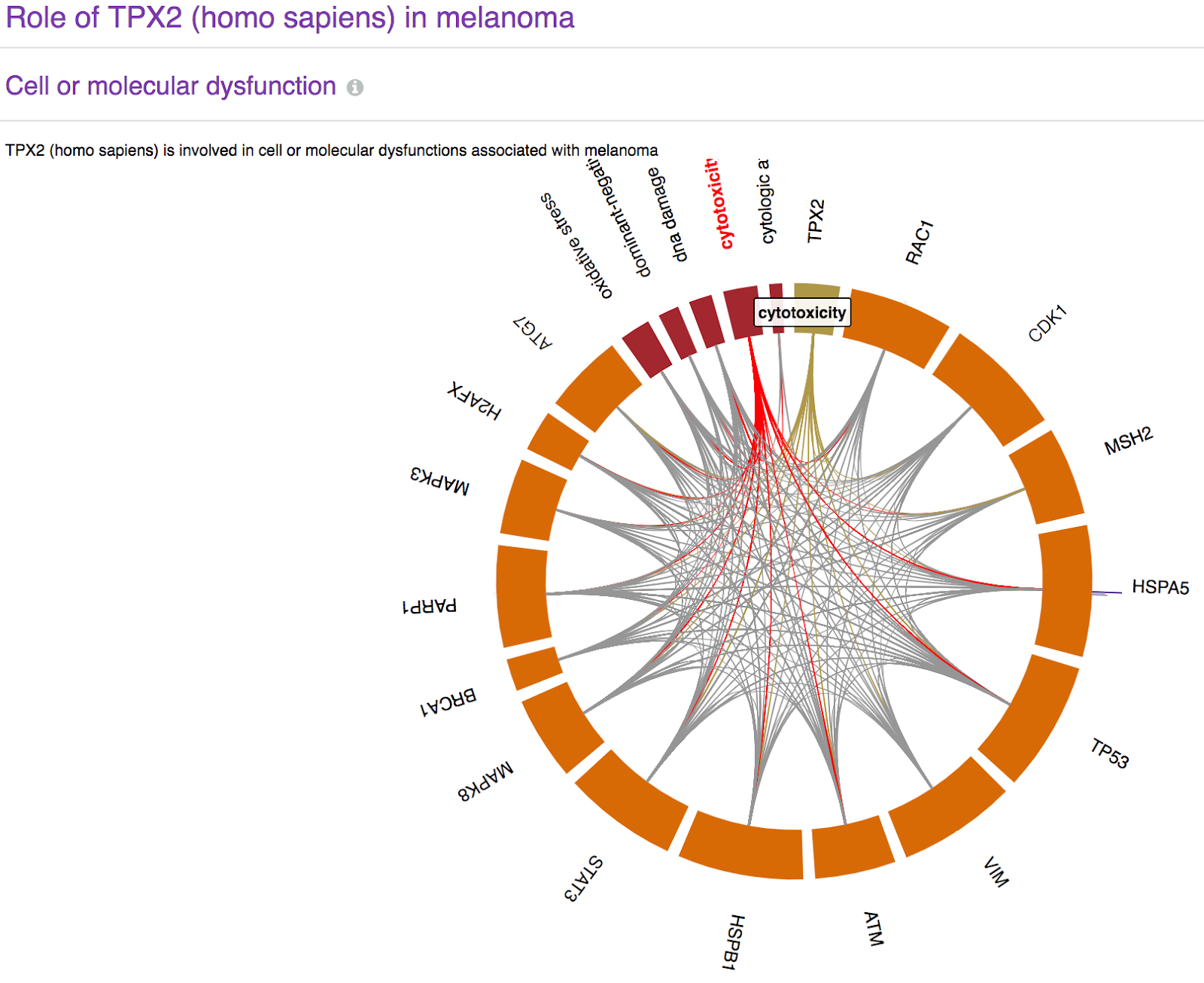 At the organ and tissue function level, finally, TPX2 is involved in skin pigmentation, which is relevant at the early stages of melanoma, and the immune response, a key aspect to tumor survival.

In conclusion, although very limited direct literature exists of the involvement of TPX2 in melanoma, the Gene-Disease Analysis workflow reveals many relevant associations with melanoma. Through its gene interactions TPX2 is involved in various mechanisms that are key tumorigenesis, tumor growth, metastasis and survival.

The full analysis is available on request via the contact form on the Euretos website or at information@euretos.com

About this series - The purpose of the Euretos Research Note series is to provide a data analytics perspective on recent life sciences publications. The series focuses on two types of questions: (1) Did the available data already point in the direction of a discovery? (2) What further research angles does the available data suggest?